As storytellers, we use narrative to connect with our audiences’ hearts and minds. To tell our stories as compellingly as possible, looking around and comparing the way metro artists and regional artists speak about their work, it seems to me that regional artists need to use a more assertive lexicon, a sharper, more aspirational vernacular of provocation, excellence and adventure. Even the terms ‘regional arts’ and ‘regional artists’ are problematic. Subtly implicit in their history and usage is a comparative, junior relationship with the arts in metropolitan centres, creating a culturally pervasive perception of hierarchy, which is problematic for professional artists who have made a conscious choice to live and make art of high quality in regional Australia. So artists living in regional Australia need sharper instruments with which to go into battle in the crowded, competitive, arts marketplace. Moreover, beige language doesn’t come close to describing the energy and innovation of the regional arts scene.

I’ve started using the term ‘counter urban’ instead of ‘regional’, and I’ve found that making this small but subversive linguistic shift has had a big impact on the way I frame my ideas. It began as a cheeky provocation, but it seems to capture peoples’ imagination and actually as a term it is spirited, playful, deadly serious. Counter urban describes a personal or philosophical, rather than geographic, position: how and why we live in regional Australia, rather than where. By using and sharing it more broadly, I hope it might catch on and start a counter urban movement! For those who feel they might have a cheeky streak of radical counter urbanism in them, I attempt a rationale and definition:

The terms ‘urbanism’ and ‘counter- urbanism’ have been used since the early twentieth century by geographers, economists, demographers and town-planners to describe the cultures of cities and the flow of people toward, and away from, cities. Counter-urbanism, as a celebration and critique of the regional experience has, in a variety of forms, always been part of the Australian psyche, identity, narrative and iconography.

Adapted from this original application in the urban planning lexicon for broader use, ‘counter-urban’ proposes a more active, assertive linguistic alternative to the passive, generic descriptor ‘regional’. As the term suggests, ‘counter-urbanism’ is an active oppositional force to the dominant force of urbanism. But counter-urbanism is not anti-urbanism. Rather, in this broader context it describes a flow of conscious activity, enterprise and thinking in different directions, away from major cities. As such, counter-urbanism can be a complementary force to urbanism.

Use of the term counter-urban by artists and creative organisations based in regional Australia is a playful response to the perceived dominance and superiority of metropolitan cultural values over all other environments. Many artists living in regional Australia move between multiple environments including regional, metropolitan and international contexts. Empowered and inspired by (without being limited by or exclusively associated with) the experience of life and work in regional/ rural communities, the counter-urban artist seeks to celebrate and channel the impacts of their surrounding natural and built and social environments, local values, narratives and vernaculars into unique ideas and con- temporary creative practices of excellence, distinctiveness and originality.

In a way, counter-urbanism, as a defiant celebration and critique of the regional experience has, in a variety of forms, always been part of the Australian psyche, identity, narrative and iconography. In the Australian cultural landscape of the future, the contemporary counter-urban voice brings vital authenticity, diversity and balance to the national discourse. 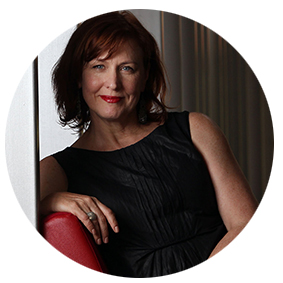